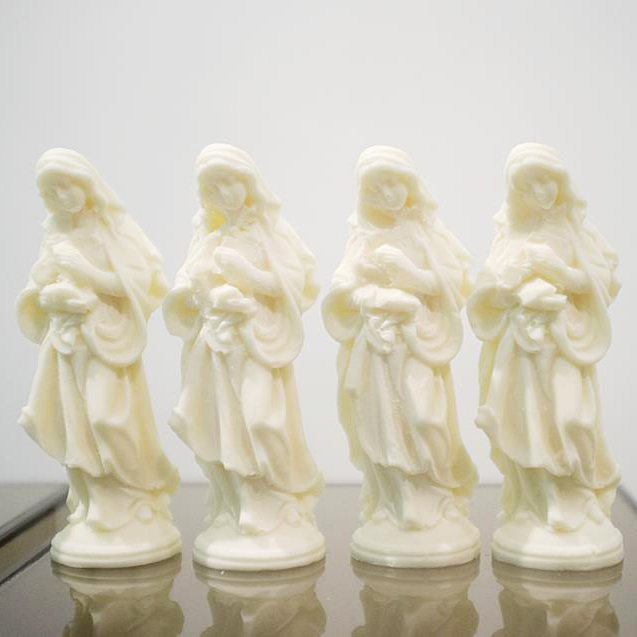 In this work is used the common image of the Madonna caring the child Jesus, represented in variety of souvenirs and vastly recognized as the image of the Holy Mother. The objects were created in series of 13 equal object, referring to the number of people, including Jesus himself, depicted in Leonardo Da Vinci’ s mural Last Supper. After casting the figures in white chocolate the baby Jesus is removed by hand from the arms of the Mother. In this way the image becomes highly ambivalent, as if the Maria (the Madonna) is freed from the role to be a mother, referring back to the much older and not well represented image of Lilith. According to Jewish mythology Lilith was the first wife of Adam, who was created from the same dirt as him. Lilith is often envisioned as a dangerous demon of the night, who is sexually wanton, and who steels babies in the darkness.