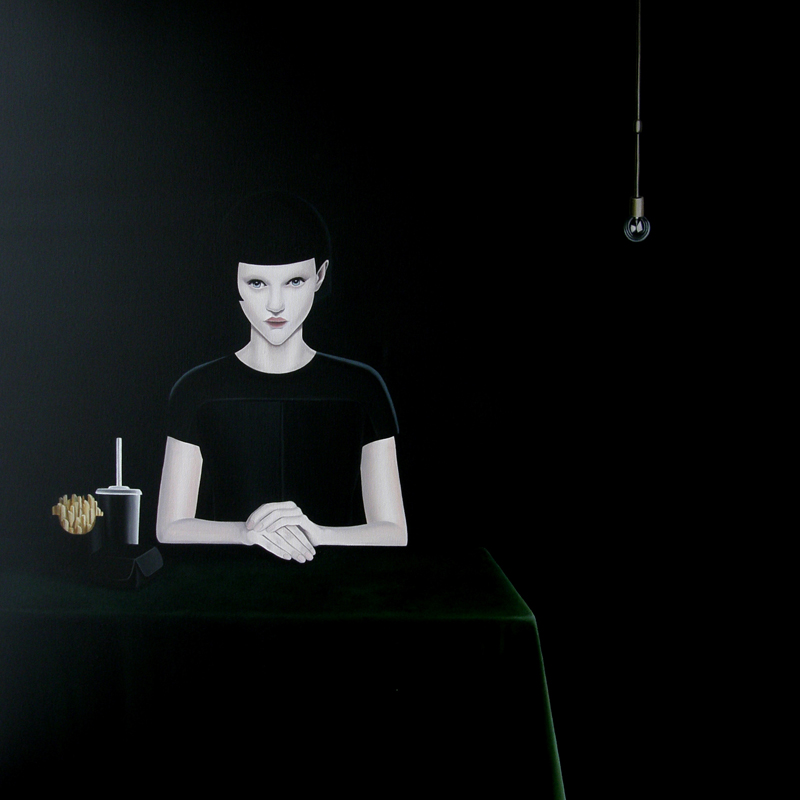 Harpalyce was the daughter of king Clymenus who was overcome with passion for his daughter. In one version he raped her and she became pregnant. When the son was born she served him up as a meal to his father, who killed her over that. In an alternative version, she was instead transformed into a bird.
The painting depicts Harpalyce as contemporary woman, who just performed an act of consumption.