What is Love Without Magic?
2013, text and audio files

I invited three psychologists, to analyze the human relations which lie beyond the spell and which would be revealed by “removing” it:
Darin Tenev (Literary critic interested in psychology, Professor at Sofia University, Bulgaria)
Cesare Pietroiusti (Professor of Fine Arts, Psychologist)
Radoslav Ivanov (Clinical psychologist, member of the Bulgarian Society of analytical psychology “K.G.Jung”)
Their analyses of the spell are collected in a folder, which accompanies the text on the wall.

“A Love Spell”
This is done in the following way: On a full moon night, when everybody is asleep, a woman well-versed in charms strips stark naked and in complete silence kneads and bakes a round loaf, without anyone noticing her. Then, still naked, she goes to a stackyard or a meadow, puts the loaf in the middle and has a bowel movement in three spots on its rim. Then she starts making all sorts of gestures and bodily movements, keeping her gaze on the full moon and beckoning it. The moon begins to darken in the sky and like a strange light starts descending to the ground, towards the loaf. The closer it gets to the ground, the more it looks like a nice roan cow, which finally puts its hooves on the round loaf. The woman milks red milk from the cow into a pot. Then she starts making gestures and bodily movements again, as if to take the cow back. The latter starts going back, its cow appearance gradually fading away and eventually appearing in the sky in its real form. Then the woman goes back home, kneads a new loaf with the red milk she had milked from the moon and only then she puts her clothes on. All should be done on a single night, all alone and in complete silence, and the woman should be golopara (stark naked). A piece of the moon milk loaf should be somehow given to a lad who does not love a particular girl, so that he loves her and makes her his wife, or to a maid who does not love a lad.”

The text was found in the book Collection of Folk Mindings and Folklore by brothers Dimitar and Kostadin Molerov, edited by Acad. Romanski and published in Sofia / Bulgaria in 1954. 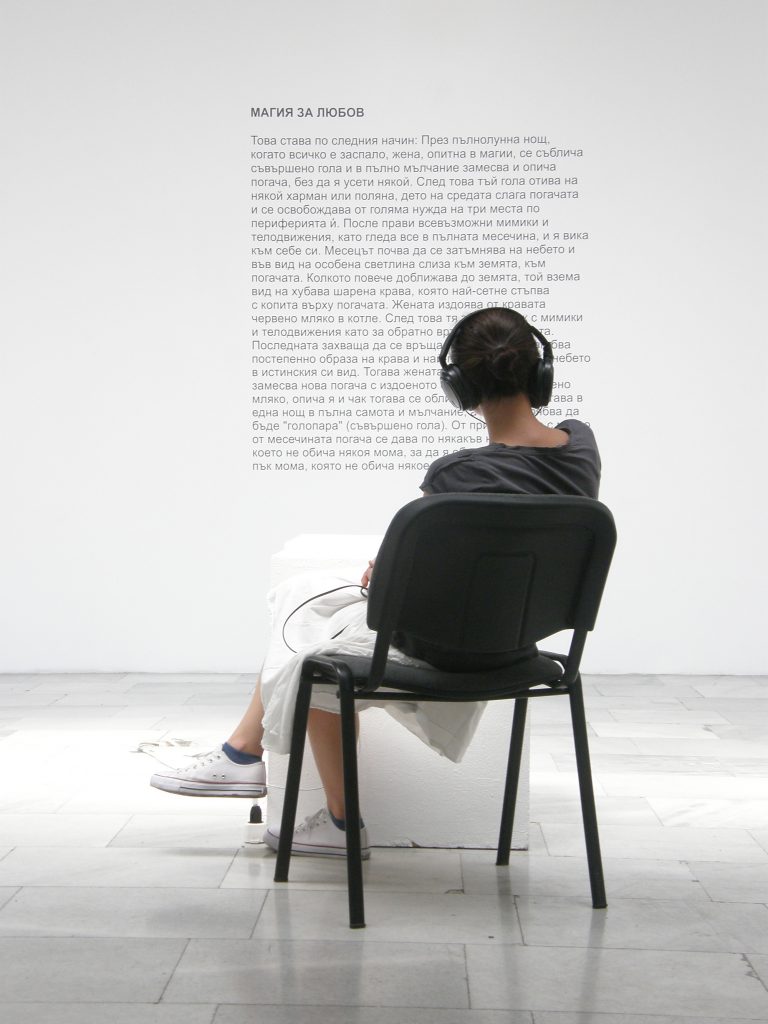