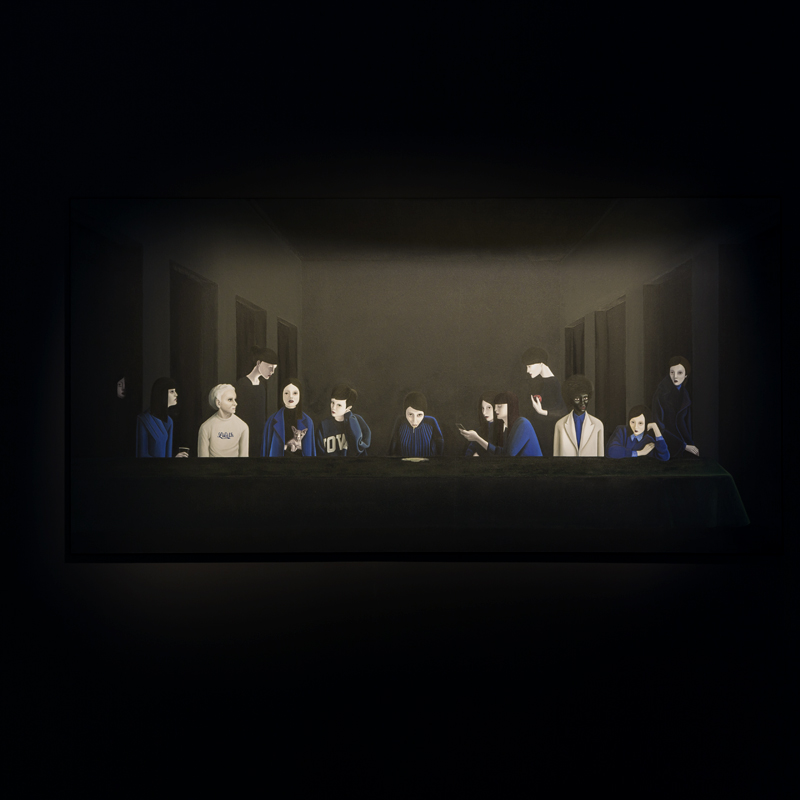 The painting uses the composition of the “The Last Supper” by Leonardo Da Vinci, substituting the male figures with all women personages. At the center is the figure of the artist, who is vomiting as if being discussed and fed up with the whole situation. In the work I use the classical composition, which I consider to be a manifestation of the dominant culture and structure of the world, created and performed by men. By bringing different women figures, among them Lilith, myself, women of different colors, who are individual but also strangely similar to each other, I aim to invalidate and transform the dominant pattern of representation. The “ritual” is just a form, with no visible meaning and visibly absent enthusiasm. The predominant feeling is the one of total boredom and ignorance in front of the pathetic of the actually male narrative.